What an Elder Law Attorney Has to Say About Alzheimer's Disease 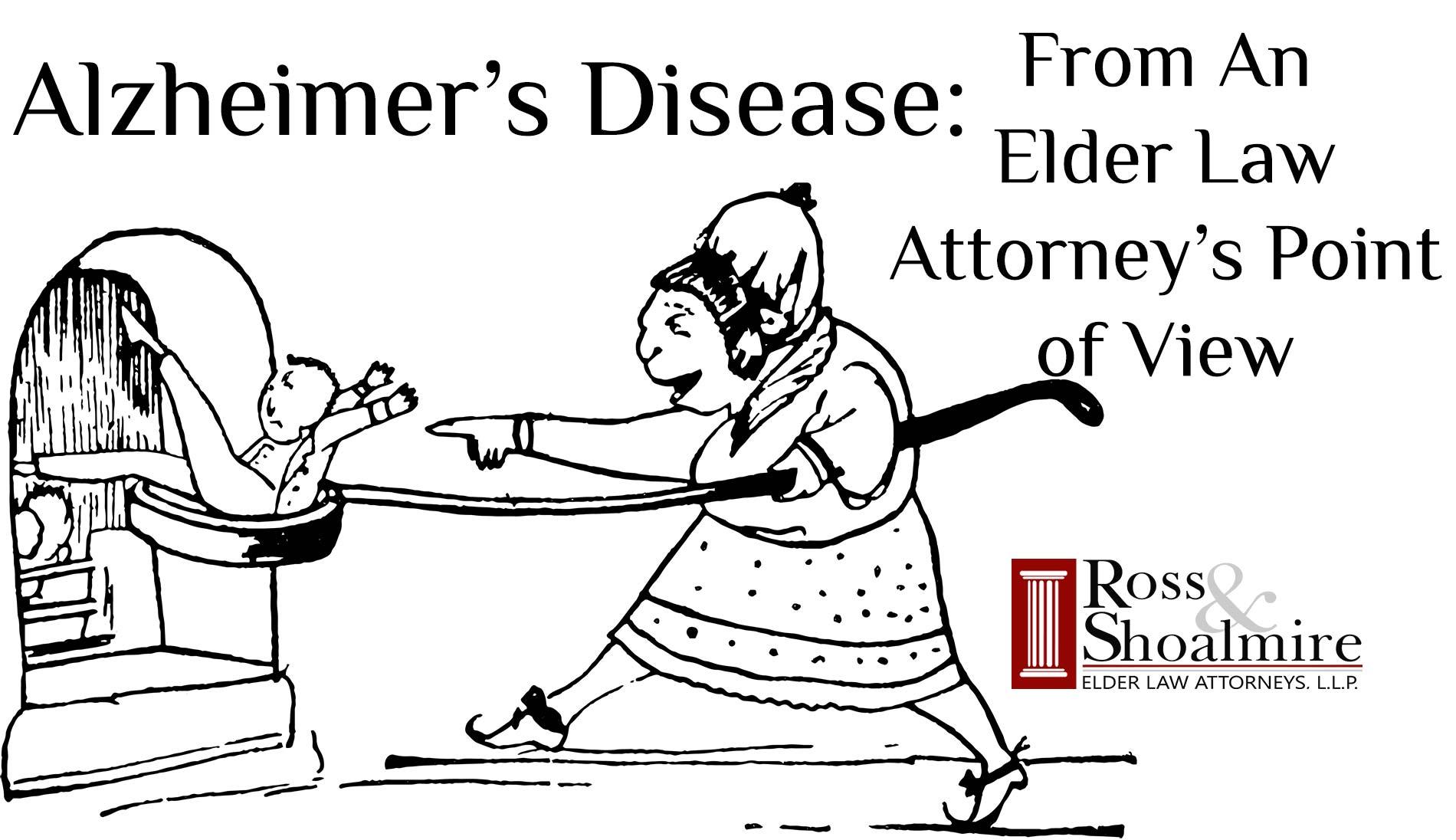 Several years ago I began volunteering with the Tri-State Alzheimer’s Alliance. I am currently serving as President of the Board of Directors. I have given many hours to this organization, and I’m proud of all that the Alliance has accomplished.

Why do I do it? There are many worthwhile charities that I could assist. Is it because of a family connection?

No. Luckily, there has not been any case of Alzheimer’s disease in my family.

I am Elder Law attorney.  I have a unique insight into how this disease ravishes a family.  Years of experience have shown me that no other illness presents such a devastating result on the person, their family, and society as a whole.

Nearly 36 million people suffer from Alzheimer’s Disease and related dementia. Unlike other diseases like cancer, Alzheimer’s has no cure and is a life-ending illness 100% of the time.

Again, it is unlike cancer, heart disease, and other serious illnesses. Alzheimer’s robs the patient’s ability to care for themselves often years before there is any effect on their physical health. This leaves the person with the disease unable to manage their daily affairs. It puts that burden on their surrounding family and the community as a whole.

It is estimated that the cost of caring for people with Alzheimer’s tops $220 billion each year, just in the United States. Included in that cost is an estimated 17 billion hours of unpaid care provided by families annually.

Alzheimer’s doesn’t discriminate.  It affects all races and genders. Although it does affect women at a slightly higher rate.

Alzheimer’s is a significant issue, but that is not really the point of this article.

My professional practice centers on addressing the health, housing, financial and legal issues of people as they age.  My goal is to allow a person to age on her/his own terms, without institutional care, without becoming a burden on their loved ones, and without losing their life savings in the process

After many years of working at this, I have learned that no other disease spans the full range of my practice like Alzheimer’s.

I work closely with many hospice organizations to assist their patients, many of whom are very close to the end of their life.

In some of these cases, just days or hours away. In most of these cases, I am able to sit with the person while they explain their personal situation, their wants, and their desires.

Conversely, I have been brought in by families to assist with their family member who has Alzheimer’s. The patient themselves can no longer competently discuss their situation with me. Often times this person is years away from death.

This is where the Powers of Attorney come in. Alzheimer’s disease demonstrates the importance of a POA better than any other.

I have never had a person tell me they would rather have a court governing their life if given the choice. Yet, I have had hundreds who have found out the hard way. Either a lack of a Power of Attorney or a Power of Attorney that was incorrectly drafted has forced their family into the long, arduous and expensive court Guardianship process. 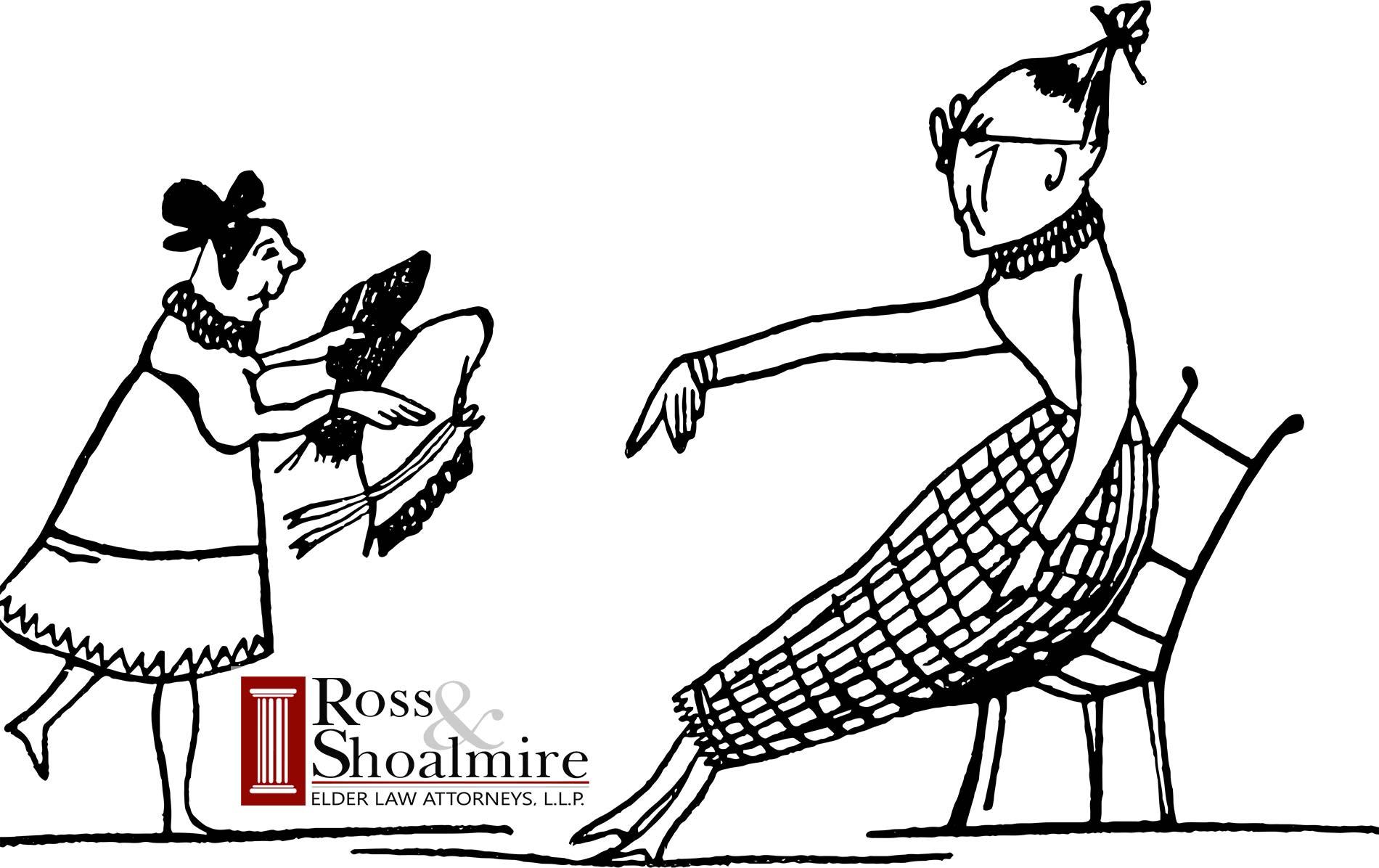 The Power of Attorney that a person signs while they are still competent must last and flow with an ever-changing legal and societal environment. They must be so thorough as to attempt to address every possible scenario that might arise both now and in the future.

One of the most shocking statistics with Alzheimer’s disease is not about the person afflicted with the illness. Rather it is about their spouse.

I have spoken to hundreds of spousal caregivers as an Elder Law attorney. These wonderful individuals sacrifice their entire existence to provide for their loved ones. They epitomize the concept of “through sickness and in health.”

And because of their gallant attempts to provide that care, their spouse with the disease is able to live at home where they are comfortable.

But if that spousal caregiver dies before their ward, the spouse with the disease is often left with no caregiver. Yet their care needs have not gone away.

Since this is not affordable for most people, special planning must take place to prepare for the death of the caregiver spouse.

The scenario described above is often addressed by what I refer to as the two-step. Most married couples own all of their marital assets jointly. This presents a problem though when we are talking about one of the spouses being unable to provide for themselves.

Essentially Special Needs Trusts are designed so that a person can have assets and still be eligible for need-based government benefits such as Medicaid.

If the above plan were implemented, then the caregiver spouse would own all of the assets. Upon their death, all of the assets would go to their spouse with Alzheimer’s. But they would go in a way that protects those assets for their surviving spouse’s benefit.

This can allow the person with Alzheimer’s to receive assistance from programs like Medicaid for their basic care. They would still have plenty of resources to supplement that care to provide the best quality of life available. 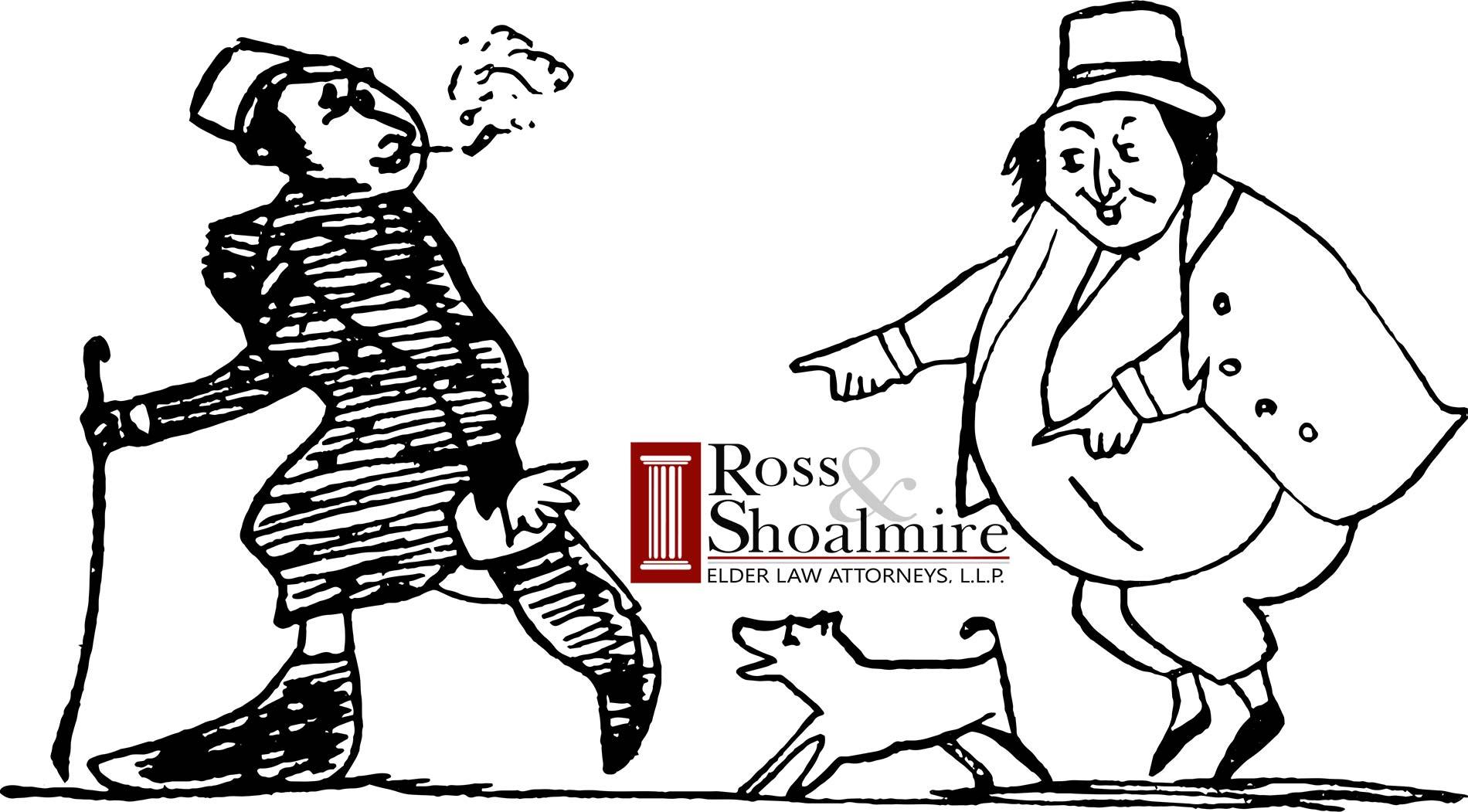 Something like 75% of people die without ever doing any sort of estate planning.  In many of these cases, the lack of estate planning has no discernible effect on the family. These are the people who one day were perfectly healthy and the next day are no longer with us.

The real value of estate planning is the ability to provide for yourself while you are alive. If this is done correctly, the issues that come with transfers at death will take care of themselves.

Alternatively, if a person’s only focus is on what happens when they die, it’s possible that all of their assets get spent paying for long term care during their incapacity leaving nothing to distribute at death.

Over the last several years, I have seen many families who have used up hundreds of thousands of dollars paying for long term care. In the end, they have very little to pass on.

Unfortunately, figuring out the best way to protect and preserve assets for the future is complicated. It involves a thorough review of a person’s income and assets. With that done though, developing a plan for how to pay for long term care can begin.

Many of the resources available to assist with long term care expenses require that any plan to preserve assets be done well in advance.

Long term care Medicaid, which is the most commonly used long term care benefit, provides that if you have taken steps to protect your resources within the last five years, there could be a period of time that Medicaid will not pay for you.

While VA does not currently have such a restriction, the VA has proposed adopting a similar provision which I expect will become law soon enough.

This does not mean that you should give away all of your assets so that you can get Medicaid in the future. Quite the opposite, in fact.

There are many tools available to protect assets while maintaining use and control. When you do your planning for the future, you want to be able to use every tool available.

Unfortunately, if you have waited until the middle of a crisis, many of those tools will no longer be available.  You don’t have the time it will take for the plan to take effect.

Learning About the Illness Is Imperative

I have visited with many families who are caring for a loved one that has fallen ill with some disease. In many of those cases, the family can tend to the needs of that loved one without knowing a lot about the illness.

For example, if a person has cancer and is receiving chemotherapy, all the family really needs to know is that their loved one will be weak and will need help and support following the treatments.

Alzheimer’s disease is different.  A person with Alzheimer’s still looks like the same person they were before the disease. However, the disease can cause them to act differently, get confused during ordinary situations,  and forget ordinary items and the people they were once close to.

Are You Looking for an Elder Law Attorney in Texarkana, TX?

If you are looking for elder law assistance, you need to speak with an experienced elder law attorney as soon as possible. Contact us online or call our Texarkana office directly at 903.223.5653. We also have offices in Tyler, Paris, Longview as well as Magnolia, AR!

The article is taken in large part from a piece John Ross wrote in the Aging Insight magazine’s 2016 Texarkana vol.2.

3 Comments
Hello Kristen, I read your blog it was much informative. I got lots of information from your post. For more information about Caring for a dementia patient .
by Aryadeep jadhav February 24, 2022 at 04:26 AM
Medical Emergency might arise at any time. For protected and safe ambulance transport check online check https://www.meddcoambulance.com
by meddcoambulance April 17, 2020 at 01:24 AM
You are sharing the best health blog, follow meddco healthcare https://www.meddco.com/ for the best affordable c treatment and packages
by meddco healthcare March 28, 2020 at 03:11 AM
Post a Comment

From our main office in Texarkana, TX, our service area stretches from Dallas to Little Rock and across the U.S. Attorneys in our Tyler, and Paris offices are ready to serve you. Fill out the form on this page or call to get in touch with us today.