Should You Worry About Rising Medicare Premiums? 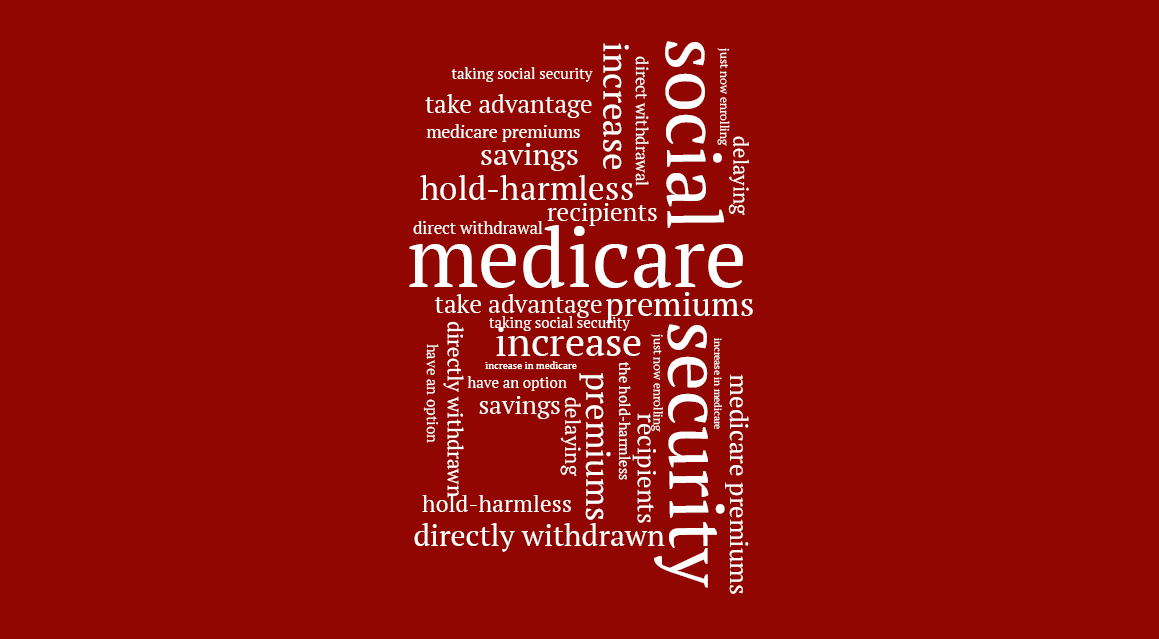 In the last few days, the federal government has announced that Social Security recipients will get a meager .3% raise in 2017. In contrast, the feds think that Medicare premiums are likely to increase around 30%. For the majority of retirees, Social Security makes up the largest portion of their monthly income. Such claims might make these folks a bit nervous.

Is there anything for you to worry about? Probably not.

For roughly 70% of the Medicare recipients, the threatened increase in Medicare premiums is not a threat. This is because of something called the “hold-harmless” provision.

The remaining 30% of Medicare beneficiaries include:

For the first two categories, there is nothing that can be done to prevent the increase in Medicare premiums.

If your adjusted taxable income is over $85,000.00 for a single person or $170,000.00 for a married couple, you already pay an increased Medicare premium. It will go up regardless of the “hold-harmless” provision discussed earlier.

Likewise, if you are just now enrolling in Medicare for the first time, you are stuck with whatever the premium is currently. This is true even if you elect direct withdrawal of the premium.

The Third Category of Medicare Beneficiary Does Actually Have an Option

This category is made up of people who do not have their Medicare premium taken from their Social Security check and instead pay the premium separately.

Typically, this group has chosen to delay taking their Social Security at age 65 (or whenever their full retirement age was). Instead, they are taking advantage of the 8% increase in Social Security for each year they delay the payments up to age 70.

If someone in this group wants to avoid the increased Medicare premium, they have an option but only a small window to take advantage of it. As discussed earlier, the “hold-harmless” provision does not allow a Medicare increase any greater than the Social Security increase if the Medicare premium is directly withdrawn from their check.

People who are delaying taking Social Security have the option of starting their Social Security payments now and electing the direct withdrawal. This must be done by the end of October though and continue through January 2017.

If these same people want to keep deferring their Social Security after the first of the year, they go back to the Social Security Administration and suspend their payments and start paying Medicare premiums directly again. Because the Medicare was directly withdrawn at the first of the year, the Medicare increase was frozen at the .3% cap due to the “hold-harmless” rules and does not increase just because the person re-suspended the payment.

But don't rush off just yet!

Whether or not someone should actually go through the process of starting and then stopping their Social Security should only be done after careful deliberation.

Avoiding the 30% increase, if that actually turns out to be how much it is, would only save a person around $378.00 for the year. That’s not a lot of savings compared to the time and effort it takes to get all this done. Social Security offices are not known for their efficiency!

Likewise, when you start making changes like this, there is always the possibility that something gets snagged in the bureaucracy and you have to spend another few months trying to straighten it all out.

The starting of the Social Security and then stopping it three months later does have an effect on the long-term amounts that the recipient will receive.

If a person is delaying taking Social Security until age seventy to take advantage of the 130% increased benefit because they expect to live a long time, this is a bad plan.

The starting and stopping of the Social Security could reduce the payments in the end by a few percentages. Over time, that reduction is likely to far exceed the $378.00 savings.

Don’t Get Too Worked Up

If you are one of the 70% of Medicare recipients that have your premiums taken from your Social Security payment, your check next year is not going to be any different than it was this year. It’s unfortunate that you are not getting a raise, at least you are not going to have to live on less income.

If you are in the other 30% of Medicare recipients, you should not worry either. For many, there is not anything you can do to avoid the increase regardless. For the rest, the manipulations that could be done are generally not justified by the meager savings.

In the meantime, know that various organizations like the AARP are working with Congress to lessen the impact of Medicare increases. We can all hope that maybe one day they will fix this system before it spirals out of control. Of course, I can hope for unicorns to bring me money and cake too.

Are You Looking for an Estate Planning Attorney in Texarkana, TX?

If you are looking for estate planning advice, you need to speak with an experienced estate planning attorney as soon as possible. Contact us online or call our Texarkana office directly at 903.223.5653. We also have offices in Tyler, Paris, Longview as well as Magnolia, AR!

From our main office in Texarkana, TX, our service area stretches from Dallas to Little Rock and across the U.S. Attorneys in our Tyler, and Paris offices are ready to serve you. Fill out the form on this page or call to get in touch with us today.