Should my elderly parents give up their car?

It’s hard enough for your elderly parents to maintain a sense of independence as they age and need more help with things. Asking them to give up their automobile is just one more restriction on their freedom. However, as the costs associated with owning a car begin to outweigh the benefits, it’s time to have the difficult conversation about giving up the keys.

The biggest concern most adult children have is that their parents are losing the ability to operate a vehicle safely. While it’s true that driving becomes riskier the older you get, that’s 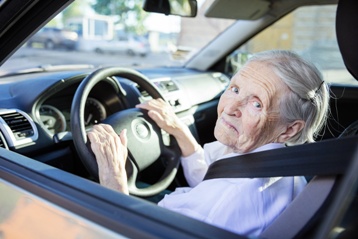 not the only reason to give up owning a car. As you work on convincing your parents to give up their car, make sure they understand your concern for their safety, but also appeal to their sense of frugality by pointing out the potential costs of owning a car. Here are some key areas to address:

Don’t broach the subject of giving up a car without offering alternative forms of transportation. Are you able to drive them where they need to go? Is public transportation easy and convenient? Presenting an alternative to driving themselves will be just as important as talking them out of the car.

How an Estate Planning Attorney Can Help

It could take some time to convince your parents to give up their car. In the meantime, they will be vulnerable to losing assets, even if they aren’t driving very much. When we work with Elder Law clients, asset protection is one of the key areas we discuss. Creating a trust that protects assets from litigation is one possible solution. Learn about other ways we help older clients by calling our office today.