What are the disadvantages of transfer-on-death accounts?

Some banks and other financial institutions might allow you to name a beneficiary for a pay-on-death or transfer-on-death option. Under this plan, your assets would pass upon your death to whomever you have named on your account. It might seem like a simple way to pass your assets on to your heirs: You die, your 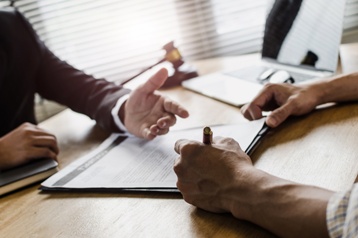 beneficiary gets the money—no probate, no delay. However, there are potential disadvantages to passing on your money this way. Read our warnings before you decide to go this route.

Headaches for Executors and Beneficiaries

While you might just be trying to make things easier for your family by making a pay-on-death designation, you could be doing just the opposite. Some potential problems include:

As you can see, there are a lot of potential problems with designating a pay-on-death beneficiary.

So What’s a Better Plan?

An estate planning attorney can discuss several options for you that will serve you better than a pay-on-death designation. You will want to name Powers of Attorney, for example, who can make financial and healthcare decisions for you if you become incapacitated. You might want to set up a trust so that you can leave money to multiple heirs while avoiding probate. Depending on your wishes and the value of your estate, there are better options than simply naming a pay-on-death beneficiary at your bank. Contact Ross & Shoalmire to learn more.